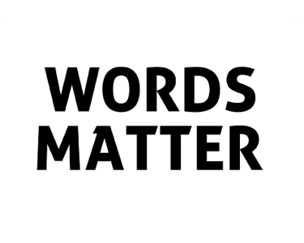 Words can be positive or negative, helpful or hurtful. Either way, they matter; it matters what you say, both to others and to yourself. Your life narrative is an internalized story you’ve constructed based upon experiences, how those experiences occurred to you, and the specific words you selected to describe the events, both while and after they were happening. In part, these narratives form and shape your identity. Are you known as a positive person, one who sees an opportunity in every problem? Or, are you a negative person, one who sees a problem in every opportunity? How can two different people face the same situation and, one has a positive experience while the other’s is negative? Is there anything common between both people we can look at to explain the different experiences? While there are numerous factors which contribute to how we experience an event, including (but not limited to) past experiences, self-esteem, social and economic status, and a comparative history of success or failure, there is one feature common to both people, and that is language – the words each is using to describe what’s happening. Both people are having the same experience but using very different language to describe how the event is occurring to them. These words matter – they have power – the power to cement the experience as a memory, easily recalled as pleasant or unpleasant.

If true, then shouldn’t we be extra careful which words we choose to describe the events of our lives? Should we deliberately make a list of positive adjectives from which we can choose in any given situation, making sure not to let negative self-talk creep into and pollute our experience? Further, should we be intentional about reviewing past negative experiences, looking for the specific words we chose that made them negative, then amend the experience by exchanging negative language for positive? Would our memory of the experience actually be transformed? Of course, we all have negative experiences and it’s appropriate to label those events and experiences honestly. That said, it’s very easy to fall into a pattern of attaching negative responses to specific situations, which will over time manifest as a habituated negative disposition and generally gloomy outlook.

Here’s an example. I have a friend who can never seem to generate positive energy to try something new or complete a task. Every attempt begins with an attitude already resigned to failure. Even a simple greeting – “Hi Scott, how are you?” – is met with a low-spirited response – “Eh, ok I guess…”. Gently probe Scott on why his proverbial glass is half-empty and you’ll eventually land on a set of reasons thematically centered around “I’m tired”. It’s both painful and frustrating to watch and, well, it makes you tired. I guess misery does love company. If I could pick a single word to describe Scott, it would be “reasonable”. Scott has a reason for everything, and numerous reasons for why he generally feels down. To him they all sound perfectly rational and justified (“if you felt like I feel, you’d be blue too”). To you and me they’re excuses. While there may be deeper issues at the heart of Scott’s negativity, it’s the more surface-level “I’m tired” thread I’d like to pull on, and explore whether or not a modification of this inner-narrative would create a shift in attitude, from gloomy and defeated to positive and hope-filled.

Scott is an otherwise bright and engaging individual. He’s talented and mostly successful when he applies himself. Other people describe Scott as friendly and fun to be around, and appreciate his cunningly clever wit. That said, it’s impossible not to also see his darker side and, when asked what they believe is Scott’s greatest strength, they might reply with “sarcasm” or “his wry sense of humor”. Despite Scott’s many positive attributes, his negativity breaks through and, in general, he’s defeated before he even begins. As a result, every outcome of every activity is predictable – it’s just going to be sad and miserable, leading to the self-imposed reality of “it won’t work out, so why bother”. Is it possible a good portion of Scott’s troubles are self-inflicted, and the experience of “I’m tired” is so well practiced, it’s become habituated as his default way of being, sabotaging his opportunity to thrive and expand into his fullest potential?

The Three Immutable Laws of Life

In the excellent book The Three Laws of Performance: Rewriting the Future of Your Organization and Your Life, Steve Zaffron and Dave Logan posit three basic laws that operate continuously in a person’s life and in every business. Understanding and applying these laws in a deliberate way has the power to transform one’s performance “to a level far beyond what most people think is possible. It doesn’t happen bit by bit, but all at once, as individuals and organizations rewrite their future (Zaffron, Logan).” This powerful book struck a chord with me as it mirrors what I’ve long held are three immutable laws which, depending on how you apply them, will actively create the life you have and predictably shape your future. These laws are not variable principles or malleable concepts, they are absolute and invariable and always operating in your life from the moment you wake until the time you fall asleep. And, they are stunningly simple.

The first two are similar and operate in harmony: 1) you are exactly who you think and say you are, and 2) your life is exactly what you think and say it is. Given these simple axioms, wouldn’t it follow that we should be very careful what we think and say? Tell yourself something enough times and you’re bound to believe it, even if it’s false. Your inner voice – that voice inside your head that’s always chatting away with a running narrative about what’s happening and how it makes you feel – that’s the voice we need to interrogate to begin capturing the common, default and repeating dialog and determine if it’s helping or harming. This is what I call the default language of your life – is it supportive and encouraging you toward the outcomes you desire, or is it negative and undermining your efforts, exhausting your energies and causing you to give up? Regardless which, I guarantee it’s guiding you and dictating your responses and behaviors, either creating eagerness, excitement and hopefulness in the face of opportunity, or fear, anxiety and discouragement in the face of what feels like an overwhelming obstacle. Again, who you think and say you are, what you think and say your life is, will always show up and dictate your primary reaction of feeling encouraged or discouraged.

The third immutable law is Henry Ford’s famous quote “whether you think you can, or you think you can’t, either way you’re right” (note: while this quote is generally attributed to Henry Ford in a Reader’s Digest articled dated September 1847, the exact words and timing are in dispute; for the purpose of this article, a paraphrase is adequate as it supports the main point). Most of us know this to be true and can probably name a friend, relative or coworker we’ve seen struggle with not believing they can accomplish a goal; or you personally have struggled with the slippery slope of self-doubt. Unfortunately, it’s easy to slide from “I can do this” to “wow, this is really hard” to “what was I thinking – I can’t do this”. Volumes have been written about perseverance, grit, determination and affirmations, all useful to maintain your positive energy and resolve. This is not what I’m talking about; the self-defeating language I’m talking about isn’t a momentary lapse in self-belief, easily buoyed by a friend or supporter. Rather, it’s a habituated system of beliefs – a systemic negativity – all expressed in language which exists as an undercurrent to our conscious thinking. Like a circuit with no off switch, it’s always on, and always influencing and directing our feelings and behaviors. It’s deceptively dominant, and cemented in place through practice – practice makes perfect after all, and modern-day brain researchers describe this as the result of neuroplasticity (more on this in a future article). For now, it’s enough to say practice makes perfect and recognize that years or decades of allowing negative self-talk to shape and inform our identity can be stunting and demoralizing.

What if it were possible to explore, identify and correct this habituated toxic thinking (which strengthens our naturally-prevalent negativity bias), and replace the harmful self-talk with positive, self-affirming and esteem-strengthening language that becomes our default internal narrative? I believe it is, but it takes a commitment to do work, and a resolve to identify negative self-talk and effect a change. It also takes practice, and a support system of people to hold you accountable and help you recognize when you’re relapsing to old ways of thinking. I’ve identified what I call Moments at the Crossroads – those critical moments when, in the midst of an experience, you can recognize the old pattern of thinking and interrupt the cycle, deliberately shifting your thinking to a more positive, self-affirming and enlightening direction. It’s at these proverbial crossroads that we can begin to practice new, more positive thinking habits that, over time, literally change our default ways of being and open the doors to a happier, healthier life full of positive experiences.