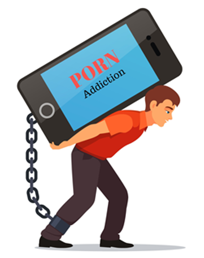 Part-1 of: America’s “other” Epidemic

Much has been written about America’s opioid epidemic – from the runaway greed of Purdue Pharma and the Sackler family misrepresenting Oxycontin’s highly-addictive potential[i], to the mounting annual death toll from drug overdoses directly attributed to opioid dependency[ii], to the move to synthetics and other opioid-based drugs (e.g., heroin, fentanyl) as prescriptions became more tightly controlled. A defining feature in all of this is that addiction can happen to anyone, anywhere, regardless of one’s socio-economic line, education, profession, race, age, or gender. No longer relegated to “low class druggies, bums and others with low moral character or lack of willpower” (a stereotypical stigmatization levied on addicts), the opioid epidemic has shown that anyone can become dependent upon and addicted to drugs. The Center for Disease Control (CDC) maintains an informative portal[iii] covering all aspects of opioids, including basic information, statistics, and prevention guidance. The CDC also tracks and reports on annual drug overdose deaths[iv], showing the impact opioids are having.

As horrific as this is (with nearly a million overdose deaths since 1999[v]), there’s another even more insidious cancer eating away at the flesh of our society – pornography.

Of the three harms listed above, the concerns about exposing young children to all forms of paraphilia are the gravest; brain and behavioral researchers are just beginning to understand the short- and long-term harms of exposing pre-teens, teens and young adults to pornography, some before they’ve gone on their first date.

Ask 10 random people what they believe to be pornographic and you’ll get 10 different answers, all variations on a common theme. Ask the question across generational lines and the answers will vary from “dirty pictures I found in my dad’s Playboy stash (a Boomer)” to “I found free pictures of naked people on the Internet while working or doing homework (a Gen-X)”, to “I can access unlimited free videos of any form of sexual content you can imagine from my smartphone or tablet (Gen Y)”, and finally “my friends and I routinely exchange (sext) naked pictures of ourselves and share webcam videos of us engaging in all sorts of sexual experimentation (Gen-Z)”.

There’s great controversy within the medical communities as to whether sex addiction exists and, if it does, how it should be classified, diagnosed (specific qualifying criteria) and treated. The American Psychiatric Association (APA), responsible for updating the Diagnostic and Statistical Manual of Mental Disorders (DSM) has vacillated over the years; i.e., Hypersexuality Disorder included in the DSM-IV was removed entirely from the DSM-V (2013) citing a lack of empirical data with conclusive findings. The exclusion was baffling to the growing number of professional clinicians and practitioners who presented an ever-expanding body of evidence, compiled over decades, demonstrating sex addiction clearly exists in form and function alongside other substance use and behavioral disorders.

While qualifying criteria exists (examples below) to identify sex as an addiction, and effective treatments continue to mature, the exclusion of any form of diagnosis in the DSM makes legitimizing diagnosis and treatment difficult, at least from the evidence-based medical and insurance standpoints necessary for treatment.

Outside the U.S, the World Health Organization (WHO) in 2018 included Compulsive Sexual Behavior Disorder (CSBD) in the International Classification of Diseases 11th Revision (ICD-11) with the following summary characteristics[vii]:

characterized by a persistent pattern of failure to control intense, repetitive sexual impulses or urges, resulting in repetitive sexual behavior over an extended period (e.g., six months or more) that causes marked distress or impairment in personal, family, social, educational, occupational or other important areas of functioning.

Again, the specific label or diagnosis is less important than identifying and addressing the destructive behaviors resulting in ruined lives and relationships, objectification of others for selfish sexual gratification, and the loss of youthful innocence. Even more troubling but beyond the scope of this paper, pornography has tentacles in sexual exploitation, aggression and abuse, child pornography and child sexual exploitation, and human (sex) trafficking. The organization Human Trafficking Search exposes the connection between pornography and sex trafficking in the article[viii] “The Connection Between Sex Trafficking and Pornography”.

In June of 2021 I wrote an article titled “The Porn Addicted Brain[ix]” where I made the case for how sex addiction, like all other addictions, is a brain disease. Understanding desensitization begins with an understanding of the addictive process.  Addiction is a complex, multifactorial disorder involving genetics, environment, triggers and conditioning, cyclical behaviors, and changes in the structure and function of the brain. In short, addiction arises as a result of a person’s biology (genetics), the environment in which they’ve grown up, and the extent to which they’ve relied on the substance or behavior to seek pleasure or escape pain.

Addiction is a Trap, not a Choice: at a certain point an addict caught in the cycle of addiction loses complete control of their ability to think, reason or act in a rational way – they become powerless to stop the cycle of acting out, no longer able to use their mental faculties to make sane and responsible choices. For the sex addict, once Triggered (the first stage in a six-stage cycle) and without resources to interrupt the process, they quickly fall into Fantasy (the second stage), then into the third stage which is Ritualization. For the addict, the ritual they’ve developed as part of their acting out process is the real goal; addicts refer to this stage as “the bubble” or “sex trance” because they become completely consumed in the process, losing all touch with reality – their entire world collapses down to this one singular imperative. Addicts try to extend the ritualization stage as long as possible – this is where intensity, excitement and arousal are at their peak. This state of heightened senses is where the neurobiological aspect of addiction manifests – I’ll expand on that below in the section The Porn Addicted Brain.

While people might think completing the next stage of Acting Out (the sex act) and achieving orgasm is the ultimate goal, for the addict the opposite is true – the sex act itself is often disappointing and achieving orgasm pops the bubble and ends the high, throwing the addict into the next two phases, which are Avoidance and Despair. Avoidance is the mental and emotional process of trying to distance oneself from what they’ve just done – act out, again; there are usually countless prior unsuccessful attempts to stop. This leads to Despair, which manifests as shame, guilt, remorse, desperation, depression and self-loathing. Depression, sometimes with suicidal ideation, is a common co-occurring disorder for the sex addict caught in this repeating cycle. Biology and environment operate together to drive behavior and, once habituated, these behaviors are cemented in place by our brain’s neurobiology.

Let’s look briefly at how addiction changes the brain in structure and function, such that no amount of willpower, coercion or negative consequences can interrupt the cycle.

I’ve summarized the cycle of addiction as it relates to pornography because it’s important to recognize and understand the cyclical process sex addicts follow once they’ve crossed the line from user/abuser to addict. This acting out cycle is similar for drug addicts and alcoholics, and also for people struggling with other process addictions (e.g., gaming, shopping, social media, food, exercise, gambling, etc.). But HOW does the addict get trapped? What happens to lock them into this cycle of self-destructive insanity? Why can’t they just stop?

Neurochemically what happens in the brain of a porn user is no different from what happens in the brains of drug addicts, alcoholics and people with process additions – over time the brain is altered in structure and function when subjected to repeated use of the substance or process. This is normal and expected – practice makes perfect after all – if a person practices the piano 2-3 hours per day for 10 years, you expect that person to have some level of mastery with the piano. So it is with substances and behaviors. Neurologists call this neuroplasticity – the brain’s ability to modify, change, and adapt both structure and function throughout life in response to experience.

The Reward System functions to register positive experiences necessary for thriving and survival. When this system fires in response to a positive, pleasurable or rewarding event, it registers this as something necessary which should be repeated, then checks in with other systems (i.e., the Mesocortical System) responsible for memory, attention, learning, and emotional regulation. Together, these systems ensure positive, pleasurable experiences are remembered and neurochemically strengthened so as to guarantee they’re repeated.

Used properly, the reward system (pathway) ensures positive behaviors are registered, remembered and tied to related emotions; we welcome these feelings of pleasure and happiness and are highly motivated to repeat them. BUT, what if the system is triggered artificially either by a substance (e.g., cocaine, heroin, etc.) or by a behavior, such as gambling, internet gaming, or viewing pornography? It’s well known that substances act on the brain by stimulating the release of dopamine (and other neurotransmitters), and it’s now understood that process addictions operate in much the same way. Here’s the problem, and this is why it can be devastatingly hard for the addict to stop and stay stopped; artificially triggering the reward pathway causes it to function in an irregular way, releasing far more dopamine than normal, and sustaining the abnormal activation for extended periods of time.

Abusing the reward system in this manner has a number of unfortunate side effects: first, addictive practices are self-perpetuating – the more you do, the more you’ll want or need to do (neuroplastic habituation). Addictions (or ‘use disorders’ as is becoming vogue) almost always escalate with increasingly destructive behaviors and worsening consequences. Second, with escalation comes tolerance – the more you do the more you’ll need to do to achieve the same high. This is due in part to the brain trying to regulate the abnormal flood of dopamine by reducing the number of dopamine receptors on the post-synaptic neuron; this causes a desensitization[xiii], requiring more of the substance or behavior to achieve the same effect. It’s a vicious trap – get triggered (i.e., escape pain), fall back into ritual despite vowing not to, maintain the euphoric trance as long as possible, act out, realize what you’ve done and respond with feelings of shame and despair, then start the process all over again. This is neuroplasticity at its worst.

It really is an unfortunate trap – fortified behaviors derived from habituated experiences in this part of the brain can be very difficult to change. Further, this reward system does its work long before the thinking part of the brain (the decision-making executive function found in the pre-frontal cortex) is engaged to logically or rationally test whether a behavior is good or bad, right or wrong, or helpful or hurtful given the known, anticipated or memory of prior consequences. Addicts, and all the people who love them, are beyond exasperated when a relapse occurs, but perhaps we should be more surprised when a person with a habituated use disorder doesn’t slip back into their well-practiced and neurologically-conditioned habit.

Segue to Part-2 of “America’s ‘other’ Epidemic”

Today the problem of pervasive pornography feels like a runaway train, and it can be disheartening to look at the statistics, especially for how pre-teens and teens are impacted. But there is hope and there is help; once we understand the true nature of the problem, we can support each other in finding solutions that reverse the damage and restore broken lives.

[v] Mann, Brian. More than a million Americans have died from overdoses during the opioid epidemic. December 30, 2021. https://www.npr.org/2021/12/30/1069062738/more-than-a-million-americans-have-died-from-overdoses-during-the-opioid-epidemi